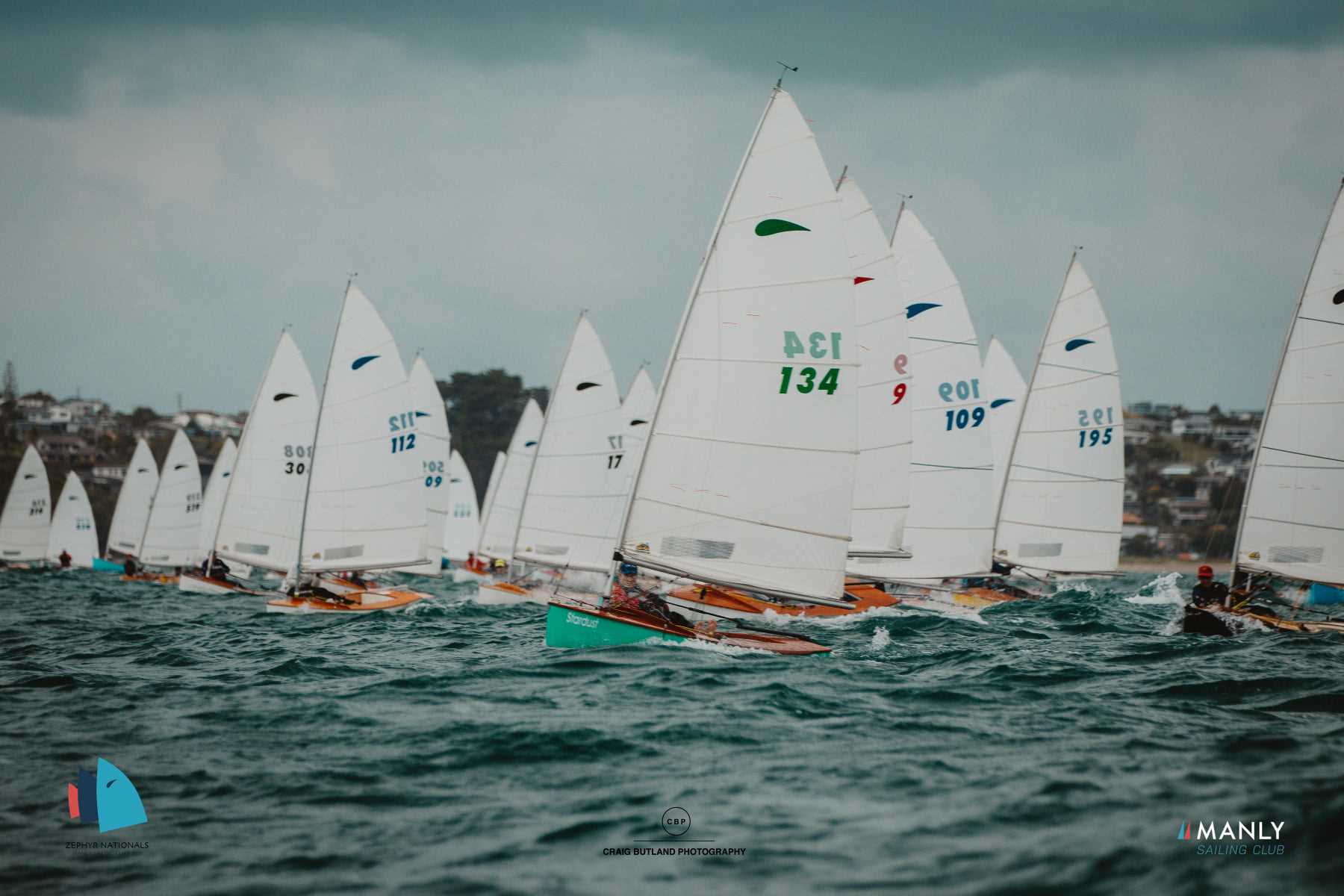 As many as 70 sailors from across Aotearoa descended on the Manly Sailing Club recently for the 65th Zephyr National Championships in a display of the continued strength of the class.

The conditions were testing for the sailors, ranging from calm seas and three knots of wind to 2m waves and 24 knots.

Rodney residents have had a long history with the Zephyr, right from designer, the late Des Townson who hailed from Mahurangi and who designed and built many of the dinghies dating back to the 1950s, to the new fibreglass versions currently being built by Mackay Boats of Silverdale.

Nationwide there are 300 of the 3.35 m wooden boats and five new fibreglass boats, with more on order.

Zephyr Owners Association president Matt Mitchell thanked all visiting entries at the prizegiving and commented on how good it was to see many youth sailors getting into the class which, until recently, seemed to be the domain of mature sailors over 50, matching the age of their boats.

"The Zephyr Nationals, with 70 entries, is New Zealand’s largest senior dinghy competition by far, and the Manly Sailing Club was proud to host the regatta," Manly commodore Barry Thom said. "It was great to be able use the Manly Bowling Club function room to cater for the 150 supporters and sailors for functions held during the week, leaving the Manly Sailing Club house for the important role of managing the actual yacht races."

Next year's Zephyr national championships will be held at Worser Bay over Waitangi weekend, when it's expected another strong fleet will compete.

The Zephyr yacht has stood the test of time for 60 years due to it being a boat that is very easy to sail and a great looking yacht that owners are proud to give pride of place in their garage.

Unlike any other single-handed yachts, the Zephyr can be sailed by people weighing from 60kg-110kg and the fact it is so easy to ‘depower’ the single sail means it can be sailed by most in winds up to 20 knots.

Results and standings from the Zephyr National Championships held at the Manly Sailing Club: