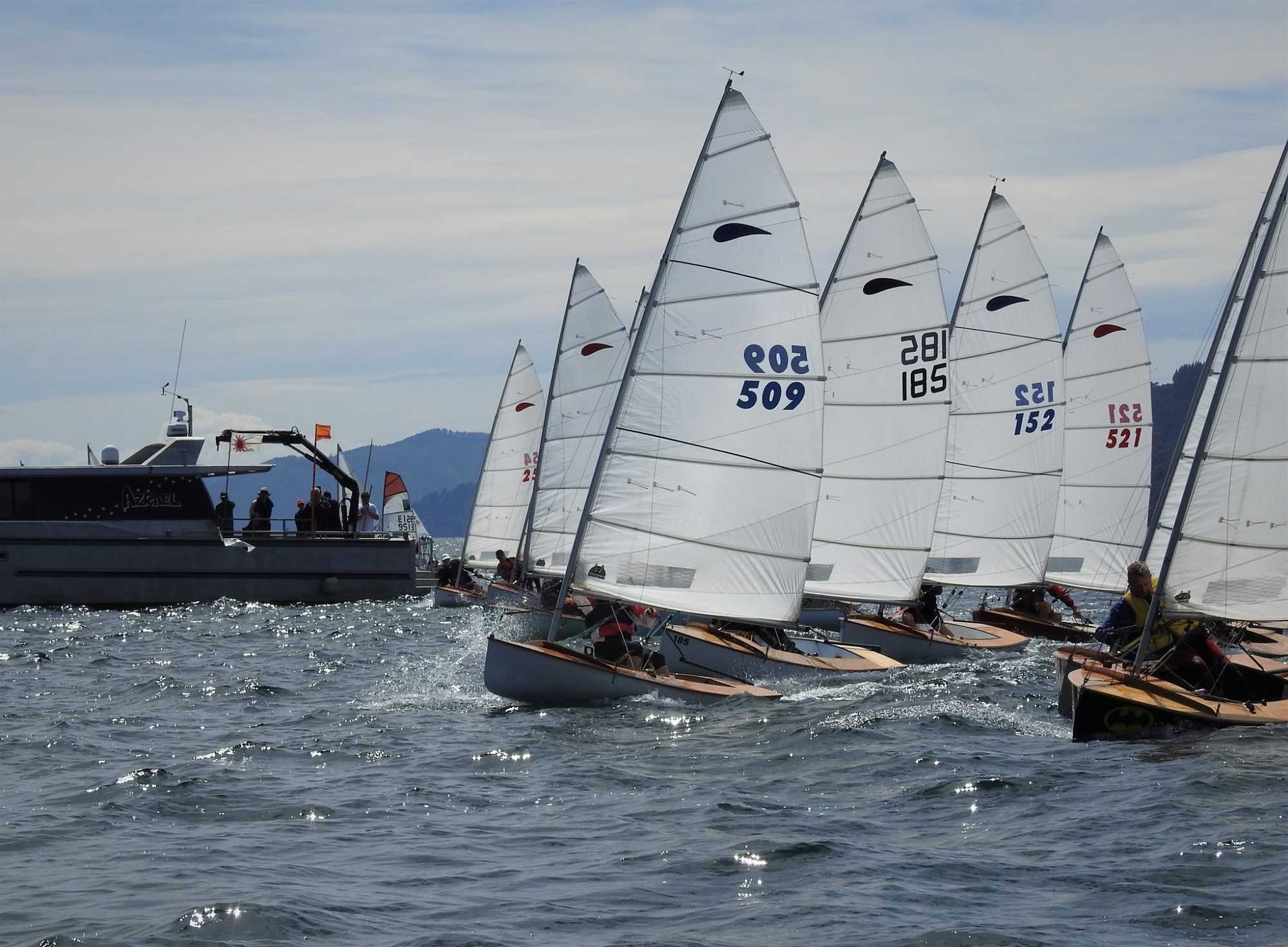 Over the past few months I have been collecting sailor profiles from members of the class that highlight why they race Zephyrs. This weekend’s regatta was the embodiment of the answers I have received; a good fleet size, close and competitive racing throughout the fleet, the suitability of the yacht in various conditions, and - most importantly - camaraderie and friendship.

The South Island Championships are generally held at a Canterbury favourite - Pigeon Bay - at the start of December. With the 2020 Nationals in Picton fast approaching, we had a prime opportunity to test out Marlborough waters before February by sailing alongside the Nelson Marlborough Regional Championships hosted by Queen Charlotte Yacht Club. This location had Canterbury sailors welcoming nine North Island sailors from Wellington due to the close proximity via ferry crossing.

Queen Charlotte Sound provided sailors with some challenging wind shifts outside of Picton, keeping us all on our toes. Day One was a game of keeping boats moving in light winds, though the breeze built at times, particularly for the third race. Race Officer Phil Folter (who will be R/O for Nationals) set a 45 minute triangular course with one wing mark rounding, one run, and a longer beat to finish beyond the top mark. Race One was shortened, eliminating the run and final upwind beat, with wind dying between races before growing to a 10 knot breeze throughout the afternoon. It was a good day for light green boats, with Hamish Atkinson (#101), Greg Wright (#190) and Chris Hargreaves (#525) taking out a race each. If you’re looking for a new paint colour, the evidence is solid.

Day Two was a fair bit more blustery - twenty Zephyrs still launched, with four of us from Canterbury (clearly not used to Worser Bay gusts) electing to attend the race area by launch instead of dinghy. Only one race was sailed before abandonment, and it was anyone’s game. Watching from the top of the course, we saw how much the laylines changed between approaching boats, and each sailor’s ability to react to the water in front of them had a large impact on the ever-changing placements. The leading group of sailors around the top mark comprised of Hamish Atkinson, Don Le Page, Greg Wright, Daniel Smith, Richard Ineson and Chris Hargreaves. It looked like Don and Richard had that rounding, but there was a fantastic effort by Hamish Atkinson sliding into first for the run after gaining a buoy room advantage. Coming into the finish line, we initially called Daniel as the winner, who was reaching to the line with Don above him, Hamish above Don, and Greg close behind Hamish. With shifting winds, all of these four had a chance, and Dan went from reaching to the line to suffering a knock. Hamish recovered from the knock and managed to just get through the line first, with Don following very closely. Greg placed third, Daniel fourth, and Richard fifth. Guy Taylor-Smith (#509) and John Boraston (#74) sailed well up the fleet in the beat to the finish, chasing Richard closely through the line. Further races for the day were abandoned, and sailors made their way back to Picton in gusts of 35 knots around Mabel Island. We were listening to the thorough communication & coordination between support boats on the launch’s radio as the wind picked up and several boats capsized:

“How are the Zephyrs coping?”

Overall, Worser Bay sailors Guy Taylor-Smith and Greg Wright placed third and second respectively, with Cantabrian Hamish Atkinson winning the South Island Champion title of 2019. Thank you to Queen Charlotte Yacht Club for hosting such a memorable regatta and Phil Folter for yet again running great races, allowing sailors to learn a fair amount about Picton conditions prior to Nationals. We really enjoyed the Worser Bay sailors joining us and would love to see the fleets sail together more in the future. It built an exciting atmosphere balancing competitive, skillful yachting with the culture of camaraderie valued by so many Zephyr sailors.

The National Championships are being held at Queen Charlotte Yacht Club in Picton  1 - 5 February 2020.